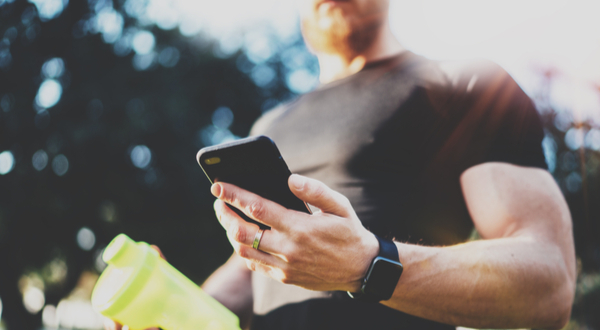 It’s a rivalry that raged both inside the octagon and outside too, but now the unlikely stage for the ongoing feud between Conor McGregor and Khabib Nurmagomedov is the increasingly lucrative fitness app market.

Clashes between McGregor and Nurmagomedov have resulted in memorable UFC matches, fan brawls, and arrests across a long and bitter rivalry. But despite their differences, both MMA icons have shared the same business acumen in putting their names to fitness apps that have the potential to become huge successes among an audience that’s becoming increasingly aware of self-improvement.

The disruption caused by the Coronavirus pandemic has directly affected how individuals manage their wellbeing. The rise of working from home and social distancing has freed up time for more widespread motivation towards getting in shape and as a result, an unprecedented rise in health and fitness app downloads took place.

With health and fitness category app downloads growing by 57.7% in 2020, the only trail the likes of education and business as fastest improving in the wake of the pandemic. With the recent releases of McGregor’s FAST fitness app and Khabib’s OctaZone, it seems as though both rivals are entering a market at an ideal time to capitalize on this growing interest in health.

Building on The Cult of McGregor With FAST

McGregor FAST taps into the star power of Conor McGregor and interprets the fighter’s most trusted fitness program to enable users to get in shape. The app utilizes curated regimes that are adapted to suit the individual goals of the trainer. There’s also a selection of workouts that are continually refreshed to ensure that there’s always something new for users to sink their teeth into.

The app is a strong resource when it comes to the variation that users can tap into in undergoing multi-week training programs that suit various long-term goals. The variety of workouts available are frequently updated to ensure that there’s never a risk of training becoming repetitive or stale. The app also offers nutritional guidance to ensure that users can stay in peak physical condition.

The early reviews for FAST are largely positive, and the app possesses a rating of 4.8 stars on the iOS App Store. On Google Play, data shows that FAST has been installed over 50,000 times, which is somewhat impressive considering that premium subscriptions to the training program start at $14.99 per month or $99 per year.

With its price range in mind, it’s clear that McGregor FAST is intent on becoming an app that’s designed to be frequently tended to by developers and marketed to only the most serious of athletes.

Could Khabib’s OctaZone Win Users Through The Power of Smart Algorithms?

As the fitness marketplace has hotted up in recent years, Khabib Nurmagomedov joined in the action by working closely with the development of OctaZone, pouring his expertise, passion and experience into the platform.

Given that performance and weight loss prior to competitions is central to Khabhib’s career, the program has become an ideal platform to share Nurmagomedov’s industry know-how. Although the FAST workout web version has existed for two years, OctaZone has managed to outpace its rival in terms of total monthly workouts despite only embarking on a soft launch in October 2020.

Similar to McGregor FAST, OctaZone commands a high rating on the App Store, following its predecessor closely with an admirable 4.7 out of 5 rating. At a monthly price of $9.99 per month or $59.99 per year, OctaZone is well-priced for the technology that it’s packing under the hood. There’s even a discreet life hack available for committed users of the app, where a one-off payment of $129 can unlock lifetime access to the platform – however, it’s only accessible outside of the app and in the subscription settings of the iPhone that’s downloaded OctaZone. Unlocking a lifetime subscription enables users to access the entire suite of services offered by OctaZone, including its dynamic, tailor-made workouts without ever needing to set up a recurring purchase.

High levels of personalization is the key for OctaZone, and users can access tailor suited workouts that are crafted based on their various inputted details regarding age, fitness level, height, weight and respective goals.

OctaZone is packed with algorithmic technology that generates highly personalized workout plans that match activities together in a way that ensures the best results can be achieved. Khabib also works closely with the app, personally guiding users through exercises.

The Bitter War Continues to Rage

They may not have traded blows in the octagon for three years, but the mutual loathing between Khabib Nurmagomedov and Conor McGregor remains as strong as it’s ever been, with wounds still feeling fresh and an ongoing war of words still raging even today.

With UFC enthusiasts to this day calling for a rematch to take place between the two old foes in spite of Khabib’s recent retirement, the words exchanged between McGregor and Nurmagomedov have become a key source of entertainment within the sport – with the animosity keeping hopes alive that the pair will one day arrange a bout.

Recently, more fuel was added to the flames when Khabib claimed that McGregor would “never” recapture his form in mixed martial arts.

“There is no way that a man can be at the peak for two times. What I mean is, a man can’t have two primes. A team could do it. For example, Real Madrid did this a few times in a row.” Khabib reasoned. “Teams may have this, but we’re talking about us and one man, on his own, cannot have this.”

At this stage, a physical rematch looks highly unlikely between the fighters, but that doesn’t mean that we’re not set to see Khabib and McGregor go toe to toe over the coming months as their fitness apps battle it out for a virtually identical market on app stores around the world.

The digital space could yet evolve to become one of the most lucrative battlegrounds in the war between two UFC icons. While McGregor’s FAST program is the better known of the two and bolstered by the huge personality of the Irish superstar, Khabib’s OctaZone packs algorithmic technology into a platform that brings innovation to users for less money than its competitors.

The war between the two of the biggest rivals in sport has just gone digital, and in an age where portable fitness is big business, the winner may well gain more than just bragging rights. Khabib vs McGregor is far from over.