Today’s roundup brings you news of a summer festival to pay tribute to Dante, as well as the race to save Bronte treasures. 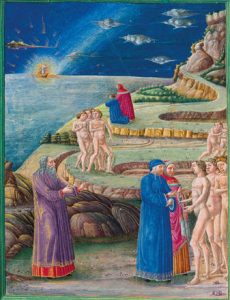 The Dante Festival, Dante Assoluto, is to be held this summer in the Basilica of Maxentius in Romex.

The literature festival, which will be free will be held to pay tribute to Dante Alighieri, the man who is considered to be the father of the Italian language, between 1st and 20th July. The event will coincide with the 700th anniversary of the poet’s death.

Over seven evenings a number of authors will gather in the Forum to pay tribute to Dante through readings of their own works which have been inspired by characters, verses and cantos from The Divine Comedy and other works by Dante.

They will look at how much of an influence the work of the poet still has today on both modern literature and popular culture, not only in Italy but also all over the world. The authors will be joined on the stage by musicians and actors who will help to bring life to works by Dante.

Libraries and Museums in the UK Race to Save Bronte Treasures 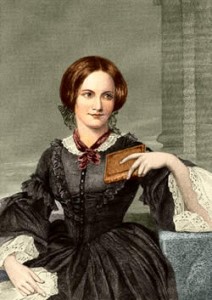 We recently brought you an article about an incredible lot that was due to go up for auction at Sotheby’s containing the incredibly rare lots from the Honresfield Library. We can now confirm that Sotheby’s have put a temporary postponement on the lots.

A consortium of Scottish and English libraries, together with writers museums are in a race against time to try and raise £15m in the hope of buying the items.

The treasures include two portraits painted by Charlotte Bronte, as well as letters and manuscripts by Jane Austen, Robert Burns, the Brontes, Lord Byron and Walter Scott. The lots were to be split over a series of three auctions, all of which would have taken place in July, but Sotheby’s have postponed them. Work is underway to estimate the value of the items, around 500 in total. The collection is causing quite a stir, it has not been seen by a member of the public for the last 80 years.

The library belonged to William and Alfred Law, 19th century Lancashire mill owners and was stored at their home, Honresfield House which is located just 20 miles from the house where the Brontes grew up. On their death the collection moved to Buckinghamshire with distant heirs of the brothers who were both childless, it then moved to Jersey.

In addition to the manuscripts, letters, portraits and pictures the items that were part of the planned sale also included a box containing nine items of clothing belonging to the Brontes.

Sotheby’s have already placed an estimated value of £1.2m on a hand-written collection of poetry by Emily Bronte that contains edits in pencil by Charlotte. They have offered seven miniature books from the collection to the Bronte Parsonage Museum as part of a private sale for £4.5m They have placed a value of £1.1m on a manuscript by Scott of Rob Roy, First Commonplace Book by Burns and some of his own handwritten poems value. They are further estimating the value of a letter by Austen at £175 per word.

The planned auction caused an outcry which led to the forming of the consortium who are hoping to save the collection to be split between museums dedicated to each writer or poet and a number of libraries.