There is so much out there on ADHD already, though still many people are unclear about what is really going on in our fast minds. Often all we need is the basic gist to get it enough so as to make a positive change. True for most things. Above all, it is important to convey that we are different and not deficient.

Our executive functioning systems are wired differently, which means that how we manage our abilities to concentrate, engage, plan, organize, control impulses, and express emotions will also look different. And, we have a surplus of attention, not a deficit. Trust me on that one.

To begin, there is quite a difference in how those of us in the Fast Mind Club (ADHD) are motivated. The majority of the neurotypical world is motivated by three things: importance, rewards, and consequences. The NT’s (neurotypicals) will get a move on when they are made aware by a parent, partner, or boss that the task is important for a project and time sensitive. We are also not overly responsive to scarcity commentary (aka. time sensitivity), unless we are about to purchase a brand new sexy red JEEP and there is someone right behind us ready to take it for a test drive. Rewards don’t carry much weight either such as grades, paychecks, promotions, or even praise, as we are not extrinsically motivated. In fact, we are very, very intrinsically motivated. Consequences for not completing said project could possibly be the least motivating of the three. We are simply not wired this way. 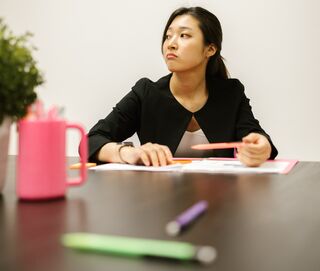 Of course, as adults, we are well aware of how the world works. We can and do conform to a degree in order to manage the neurotypical playing field for periods of time, though these habits don’t tend to stick without external supports in place. Nor is this route very enjoyable. Basically, we are all born with a neurotypical’s owner’s manual that is chock full of neurotypical rules which make little, if any, sense to our busy minds. As adults, when we fall short, we are often labeled as immature and irresponsible. This lands us right back into the blame-shame-game, with which we are all too familiar.

Another really important aspect of ADHD that is important for those in our lives to understand, is that we run on a high-octane, interested-based nervous system. This means that we become extremely motivated when we are genuinely interested in something, so much so, that we slide into ADHD tunnel vision in a way, as we cannot break free from what we are doing. We are in the zone. It is almost like we are energized by electric passion. The feeling is unlike any other and one that is difficult to put into words. We are captivated by passion and we feel at one with the task and the Universe in general. 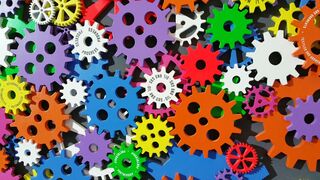 Corporations are finally wising up and capitalizing on this gift, rather than shaming us for “needing to be interested in something like a child” to get the job done or tagging us with the famous Ben & Jerry’s bumper sticker which says, “If it’s not fun, why do it?” Our point exactly.

This certainly does not mean to ignore adult responsibilities or to dodge accountability. ADHD is an explanation and not an excuse. What this means is for us to be aware of our unique wiring and to create our own operator’s manual. There are many of us who have done this such as the CEO of Jet Blue, David Neelemen, Simone Biles (American Gymnast with 4 gold medals), Leonardo Da Vinci, Whoopi Goldberg, and Jim Carrey, just to name a few.

We create, innovate, and invent. This is what we do best.

As we are passionate by nature, most of our thoughts and feelings follow suit. We can be intense and we can get stuck in our emotions due to the differences in our executive functioning systems. This is often misdiagnosed as a mood disorder because this what many therapists are trained to look for, rather than the brief and intense emotionality that often accompanies ADHD. Mood disorders typically take on a life of their own and last much longer. The intense moods of the ADHDer are more like a summer thunderstorm on the beach; they come in fast when triggered by an event and then are just as quick to leave. We get over things quickly and often forget they happened.

The “H” in ADHD stands for hyperactive, which I would prefer to refer to as high-energy. I don’t think any adult appreciates being referred to as hyper, nor does a child for that matter. What is important to understand here, is that if you are seeing the “H” externally, more than likely this is 10 times worse on the inside. This is merely an external reflection of the internal hyperactivity or high-energy. It is also important to realize that those without the outwardly expressed “H” can also have the internal hyperarousal going on. This can be very hard for us to manage because we often feel that we cannot relax, or at least not in the way that is acceptable to NTs. 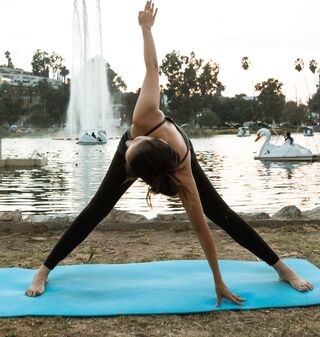 For example, I relax best when in motion such as running, skiing, or when doing Tai Chi. I have also been relaxation-shamed lots with comments such as, “Why can’t you just sit still and watch TV with us?” My answer, “Let me see . . . because I would rather stick pins in my toes.” Hyperarousal can also be frustrating as it often feels that our mind has no shut-off switch (Dodson, 2021).

For those NTs in our lives, getting the basic gist of how our lightning fast hard-drive operates can be such a huge catalyst for positive and lasting change.