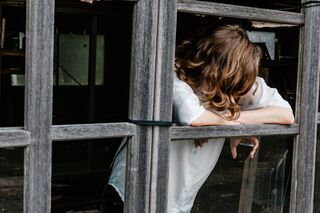 Family estrangement —especially when initiated by an adult child—remains a mark of shame, despite all the recent psychological research that’s been conducted reporting that it’s not uncommon, some sympathetic attention by mainstream media, and the publication of two mainstream books which at least drag the subject out of the shadows. (Both authors are bloggers here. Dr. Joshua Coleman is a psychologist and his book, Rules of Estrangement, seeks to help estranged parents. Dr. Karl Pillemer is a sociologist and his book Fault Lines promotes reconciliation).

I’m not an impartial observer, having cut my sole surviving parent—my mother— out of my life more than thirty years ago.  I well remember how people’s view of me shifted then; it might have been a nurse in a doctor’s office asking about my mother’s medical history and her face registering disapproval when I said didn’t know.. It came up in other ways, of course, all of them uncomfortable.

When parents cut a child out of their lives, the governing assumption is that they must have a very good reason since their action runs counter to everything we believe about the enduring and inviolable nature of parental love. It’s true that the prevailing narrative has been challenged in some circles, though not all, by stories of parents who threw kids out for being gay or trans or not adhering to their religious beliefs but those stories are relative outliers because the “cause” is easy to spot, and you either take the parent’s side or not. The bottom line?  It’s culturally easier to tolerate a parent cutting an adult child off

The onus of estrangement initiated by an adult child

The taboo has the back-up of a Biblical Commandment which enjoins us to honor our mothers and fathers as well as deeply-held ideas about filial obligation and the never-ending gratitude we are supposed to feel for those who put us on the planet or took us in; who fed, clothed, sheltered, and educated us; and paid for all of those things. Since those happen to be legal requirements, it’s actually not snarky to note that if that were all that is required of a parent, an orphanage would be an ideal one.

Even though recent psychological research substantiates that the decision by the adult child to estrange from family is long thought-out and a process which may include periods of attempted reconciliation by the adult child, the culture still frames it as a fit of pique or anger and a sign of immaturity. In researching my books—over a decade now—I have found the decision to estrange as is almost always deeply thought through, worried about, and revisited in the thousands of people I have heard from over the years; these stories echo my own.

The truth? Most people are more comfortable imagining an adult child’s fit of pique than a neglectful, emotionally absent or abusive parent.

8 things you should avoid saying and why

The reality is that when someone is confiding a painful truth, there’s actually no need to say anything at all but, if you feel compelled, it would be great if you could steer clear of the ones listed. Yes, these examples are all culled either from my own experience or those of women (and men) I have interviewed for my book Daughter Detox:Recovering from an Unloving Mother and Reclaiming Your Life and my forthcoming book. I am using the female pronouns to avoid a pile-up but feel free to switch up.

1. They must have done something right because you turned out fine.

You may think that this is a compliment but it marginalizes the validity of the speaker’s experience. Most annoyingly, you’re attributing whatever success or stability she has achieved to the actions of her parents from whom she is estranged. If I had a dollar for every time I have heard this, I would be very rich.

2. You really need to stop wallowing in the past and move on.

The “past is the past” thing is wrongly believed by many to be a motivator which it most definitely is not. The idea of “moving on” as quickly as possible is, unfortunately, thought to be helpful in painful situations as if emotional pain has an expiration date; people recover from loss at their own pace and speed. The word “wallow” is nasty and needing to process emotional experience is a sign of strength and not a character flaw.

3. It could have been much worse so appreciate what you had.

Yes, being eaten alive by a great white shark (Carcharodon carcharias) would have been worse than being raised by my mother but the comparison doesn’t make me appreciate her treatment of me more.  Do you have any idea of how heartless and dumb this statement makes you sound?

4. You only get one mother/one father in this life.

True enough and your point is what? Oh, see #5.

5. Look at what they all did for you: they fed, sheltered, and clothed you.

As I pointed out before, these are legal requirements but did you know that infants who are deprived of touch, attunement, and love fail to thrive and can actually die? Emotional needs are not metaphors or fantasy; human beings need connection just as much as food and water.

6. Trust me: you will regret this when they die and it’s too late.

This is a classic guilt trip, served with a side of filial obligation and cultural disapproval, under the guise of being helpful. What adult children do regret when an estranged parent dies is that the parent could never change or take responsibility and that the relationship could never be altered. As one daughter put it, “The death of the parent is the death of the hope that there’s a magic wand out there somewhere that could change her into a loving mother.”

7. Nobody’s perfect so cut him or her some slack.

Again, this is marginalizing to the adult child’s experience; people don’t cut their families out of their lives for petty grievances or minor missteps, or for the material things they weren’t given.  And this isn’t about being “perfect” either.

8. She did the best she could, given her own childhood.  So did he.

No one is doomed to repeat the past and who better to know the pain of being ignored, neglected, marginalized, verbally abused, or scapegoated than someone who has experienced it? The work of mothering is comprised of many hundreds of thousands, perhaps millions of actions and inactions, spread over the course of many years and each of those represents a choice; the same is true of fathering. Children are transparent in their responses and the truth is that the badgering, abusive, controlling, or hurtful parent can see the effects of his or her words and actions. Adult children estrange from parents who are unwilling to own or take responsibility for those actions so, please, don’t make excuses for them.

And one more thing to remember as one of my readers made clear: “It’s dangerous and dismissive to assume that because we talk about our stories, we still exist inside them.”